It's slay, or be slain

This City is cursed. Ever-expanding towards the horizon, new neighborhoods appear overnight. And with them, monsters.You are a Slayer, a monster hunter for hire. Wander the labyrinthine City, and do what you do best. 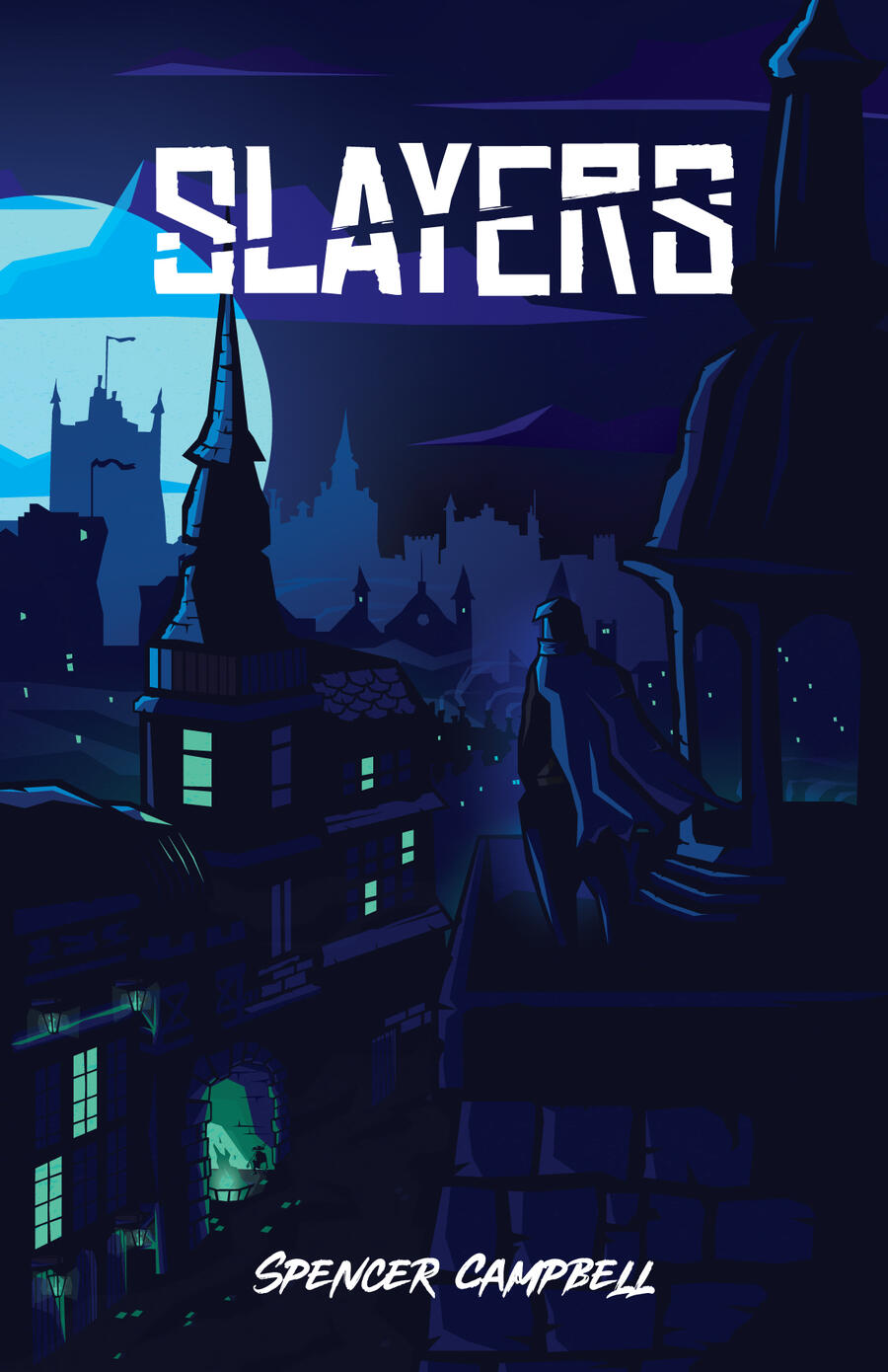 Slayers is a tabletop RPG of mercenaries and monster hunters for hire. Known by locals as Slayers, players wander a haunted city, cursed long ago to expand towards the horizon forever. Slayers help clean out the monsters that infest the alleyways and shadows, and those that the city seems to be manifesting on its own.It's slay or be slain. Better get to work, Slayer.The System
Slayers uses a simple 4+ system to create an action filled session that moves quickly What sets Slayers apart from other RPGs is its emphasis on asymmetrical combat. Each class in the game uses completely different combat mechanics than the others, allowing the players to have an entirely unique experience at the table.The Setting
Slayers takes place in The City, an urban sprawl that expands forever towards the horizon. Made of an infinite number of districts, each version of The City will be unique to your table. Exploring and building the setting is just as important as hunting monsters! In the book you'll see examples of some districts and locations, to help inspire your next Hunt.Want to see more of the setting? Check out the Slayers Almanac, a collection of 10 districts written by a collection of indie RPG writers! Each district includes a map, NPCs and factions, a travel guide, and rumors to use for your next hunt! 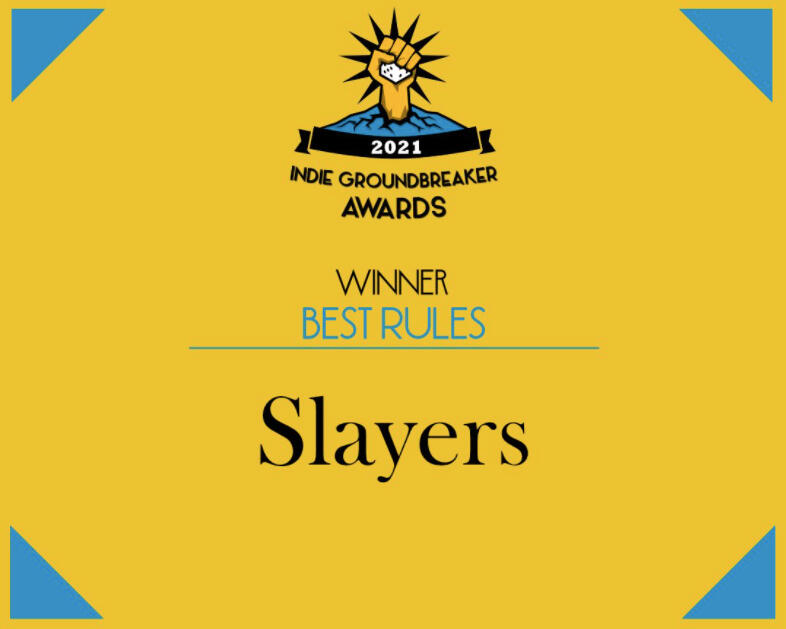 Slayers is the winner of the 2021 Indie Groundbreaker Award for Best Games!Slayers was nominated for 3 ENNIES:
Best Rules, Best Game, and Product of the YearSlayers was listed as one of the Top 10 Fantasy TTRPGs by CBR.Slayers was an honorable mention on Polygon's Best Indie TTRPGs of 2021.Watch this great overview and review of Slayers by Aaron Voigt!

Slayers is a rules-lite monster hunting game. What sets it apart from many RPGs is that it uses asymmetrical classes. Each player will have a very different experience from one another while you track and hunt your dangerous targets!

In Slayers, there are 4 classes for you to choose from: Blade, Gunslinger, Arcanist, Tactician.Each class approaches combat entirely differently from one another, giving you a unique experience.This is all made possible by the Rule of 4+. Anytime a die is rolled, no matter what size it is or why it's being rolled, a result of a 4+ is a Hit. When you roll a Hit, good things happen.While you and your friends will be rolling different types and amounts of dice, you'll always be able to tell how things are going with just a quick count of the 4s!

The Blade is a quick slicing fighter focused on stringing together massive combos. Whenever the Blade rolls a Hit, they roll another die, and another, and another, and another...for each Hit they get. Death by a thousand cuts when facing a Blade.Blades navigate across the battlefield by changing their Stance, the current style of fighting that they are using. Flow from one monster to another, or go deflect away attacks that are aimed for your friends. 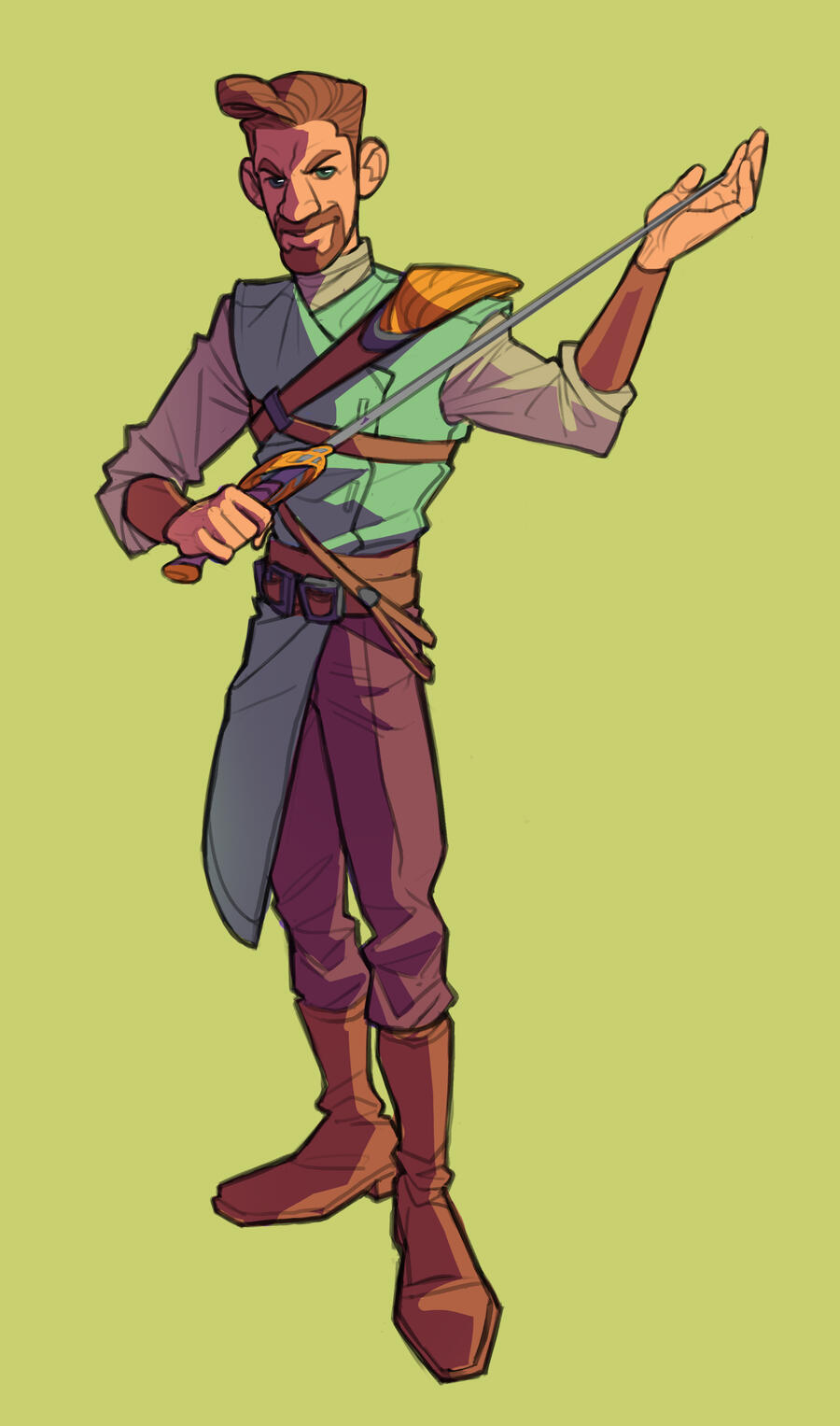 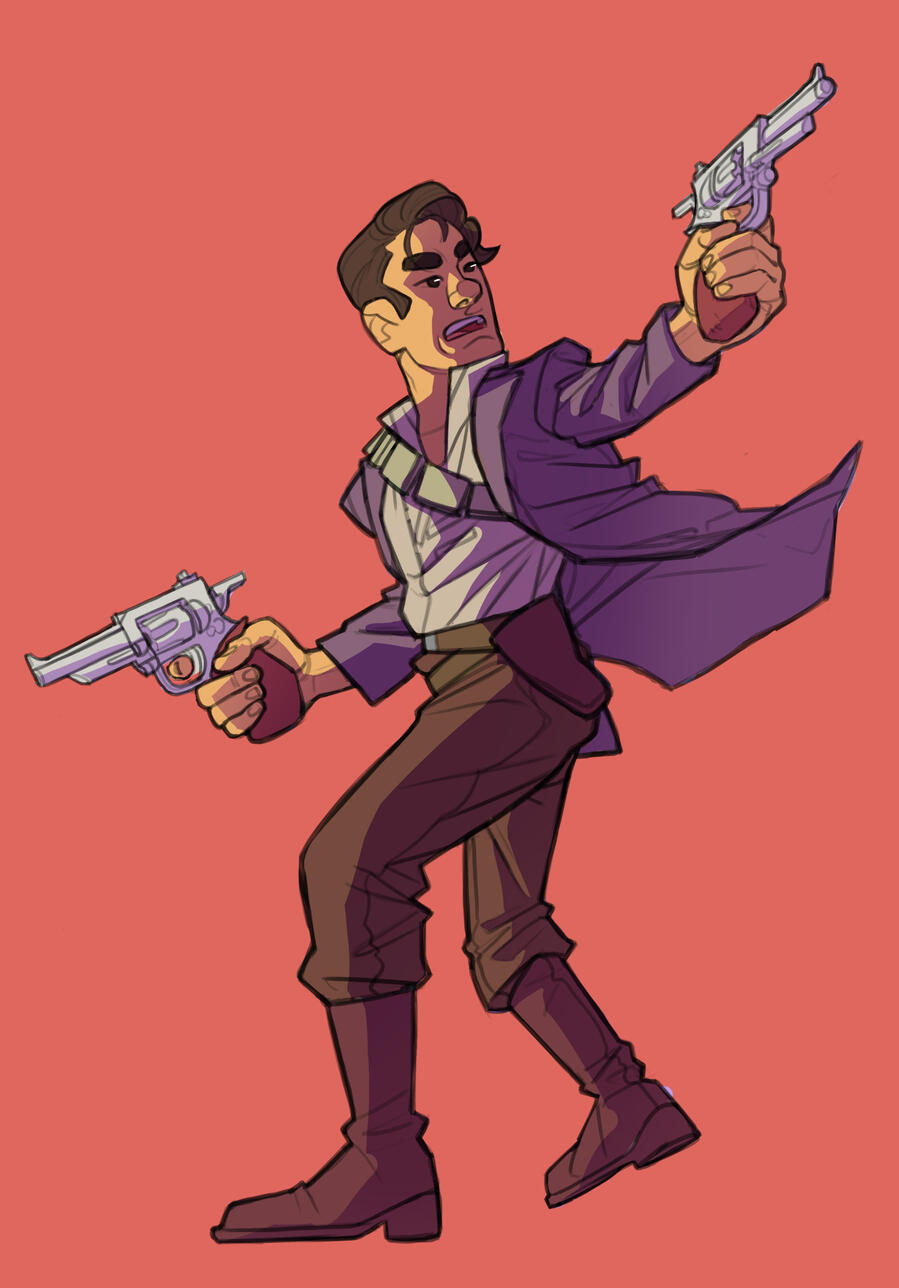 Armed with a weapon unlike any other found in The City, the Gunslinger is quick to draw and fill their targets with lead. Gunslingers start fights with 6 dice, one for each bullet, and must decide when to pick them up to shoot, and when to take cover and reload.The Gunslinger's gun is carved with runes, each enchanting their weapon with new abilities. No two Gunslingers will ever have the same gun!

A powerful, corrupting, magic flows through the veins of the Arcanist. Wield spells and warp reality, nothing is impossible for you. Arcanists have a selection of spells, and can choose to boost them, adding more dice to their roll, but increasing the likelihood they explode out in corrupting magic.The Arcanist is the push your luck class, but you can swing luck in your favor. Choose favored spells, purge corruption in the quiet moments, and scare the hell out of anyone who gets in your way. 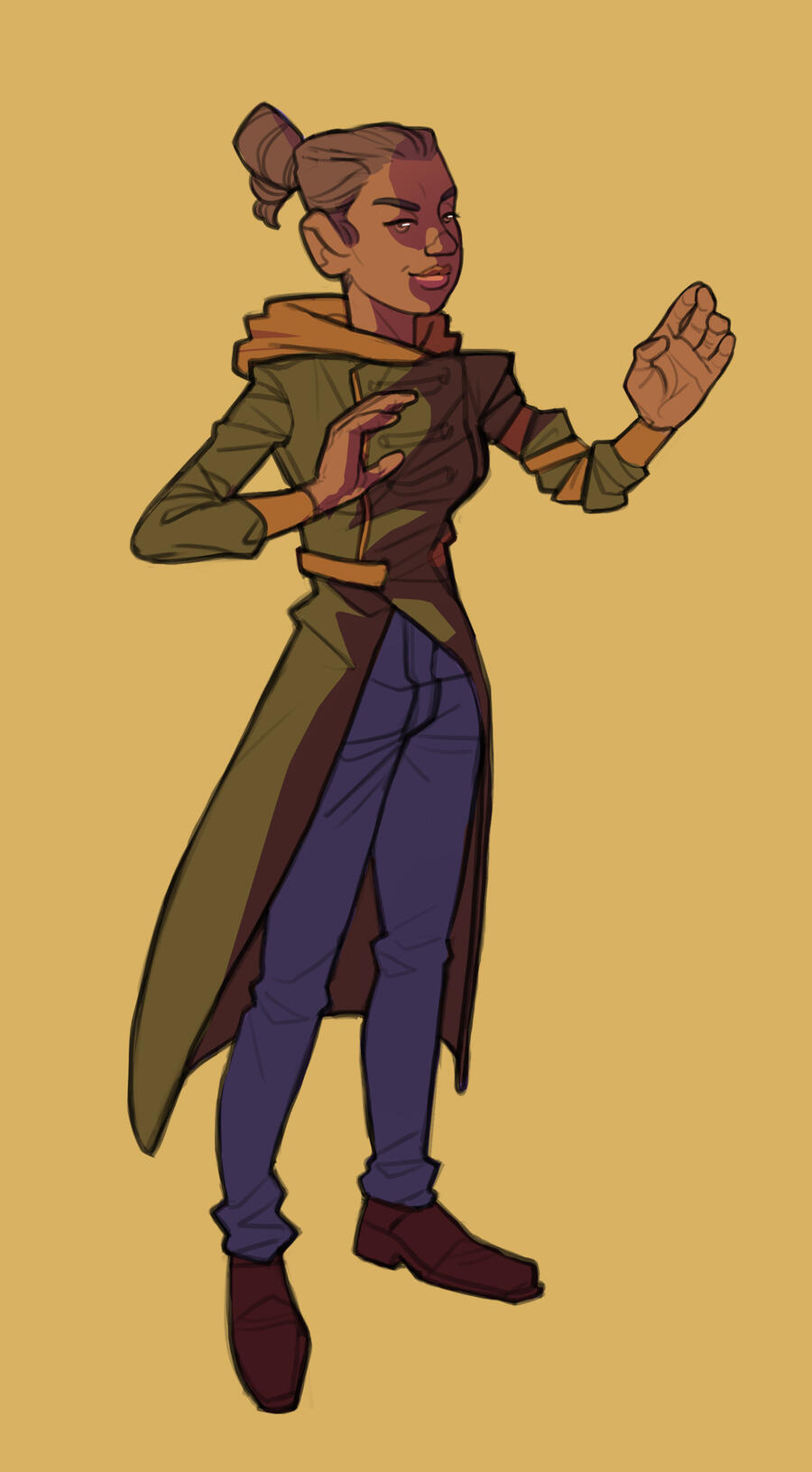 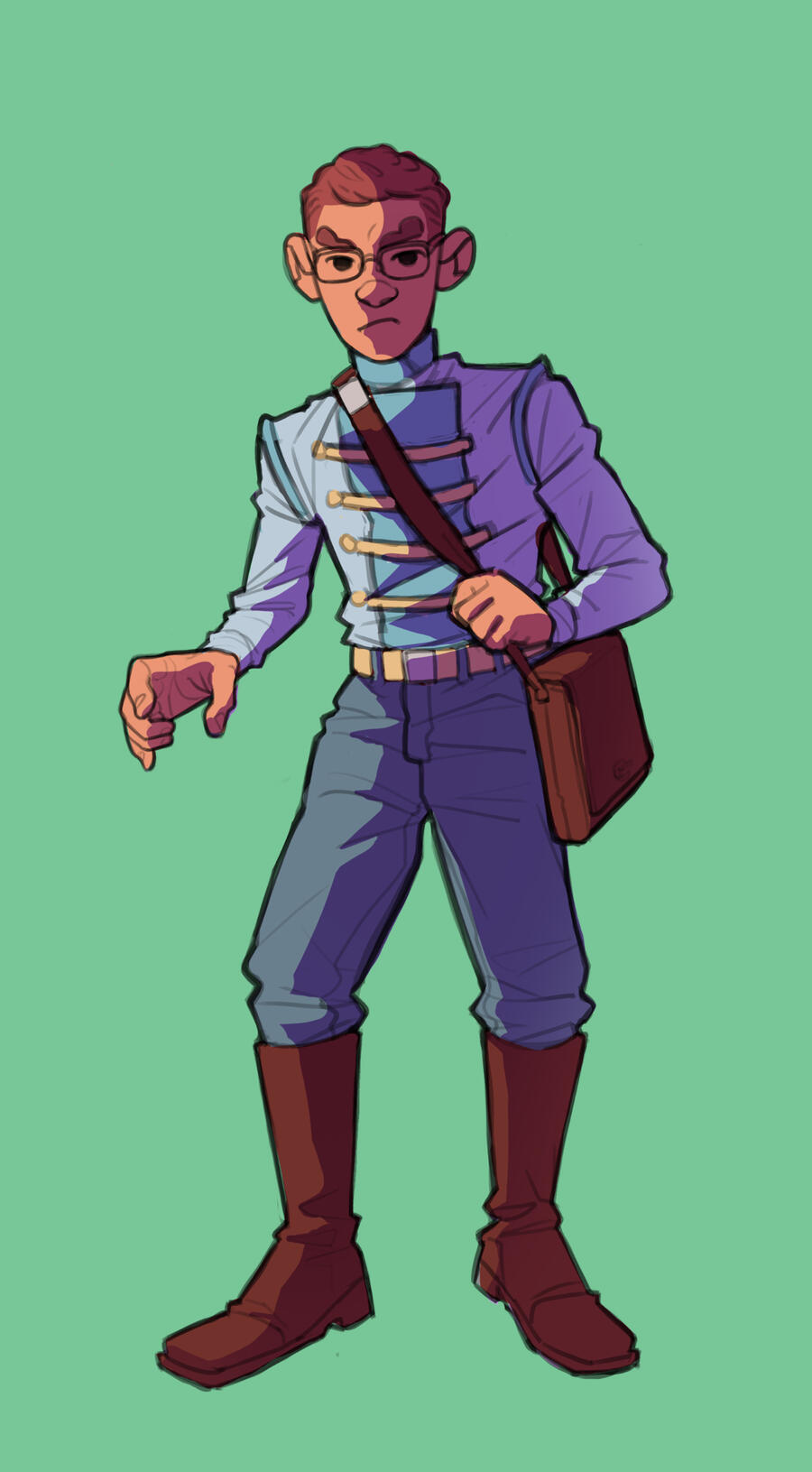 Without a plan, a monster hunt can be a very dangerous thing. That's where the Tactician comes in. Rolling a pool of dice at the start of each fight, the Tactician can swap out the results of rolls from friends and foes. The battlefield is an orchestra, and you are the conductor.Tacticians learn how to best navigate their allies in battle. Shout out quick commands to give your friends the edge they need, acting out of turn and taking down anything that stands in your way.

Slayers is receiving a free update, called 1.5! The update is set to release around the end of June or early July. Everyone who owns Slayers will get the updated file for free!A new printed version of the game will come with the 1.5 update.If you'd like to learn about the changes in 1.5, you can read them here.

The asymmetry and simple rules of Slayers were created so that you could start making your own Slayers content, whenever you feel inspired! If you want to start making Slayers material and don't know where to start, check out the completely free Creator Kit, filled with advice and templates for you to use.

Check out this collection of third party content fans of Slayers have made using the Creator Kit. A huge collection of classes, districts, hunts, and more!

Editing!
Slayers now has been edited by a real professional. Will Jobst, who I have been lucky enough to work with in the past has edited the Slayers core rules. Now they will read much more clearly than they did before. Go Will!New Art & Layout
With the update, Mike Rieman, of Dust and Slayers Almanac fame, will be giving Slayers a whole new style. Expect updated layout and art throughout, bringing the world of Slayers to life.General Combat Changes
Every class now has a "Ready Action" that they do when combat is started. The Tactician already had this, and the Gunslinger to an extent with loading up their bullets. Now each class has a clear action they do to get themselves ready to fight a monster.Move no longer counts as one of your two actions in combat. Every Slayer can make a free Move, at any point in their turn. This will encourage Slayers to move around a bit more, and feel free to use Skill & Quick actions instead of just Moving and Attacking.It's a lot harder to die now! I've never been a fan of character death. Now Slayers are downed if they reach 0, and can be healed to get back in the fight. A Slayer only dies if they are already brought to 0 HP, and then are hit again.Blade Changes
New Ready Action where the Blade gets to start a fight in a stance.Gunslinger Changes
Ready Action is now explicitly loading the gun
Increase Harm per hit to 2 instead of 1. Allows the Gunslinger to keep up with the Blade in lethality without nerfing the Blade.Trigger Limit is gone! It wasn't fun, so now it's not a thing anymore! The advances related to Trigger Limit have been replaced.Runes that used to deal no Harm now deal 1 Harm in addition to their effect.Arcanist Changes
Increase Speed die to d6Increase starting known spells to 4, giving them some more varietyNew Ready Action is choosing a favored spell for the fight. You don't mark corruption when using the base version of the spell, only when you boost itMonster Changes
General tweaking of wording and numbers of monsters to make their effects clearer.Formatting of monster statblocks has been improved for usability for the GM, including a reference that all monsters get a free Move action.Monsters now have three clearly distinct effects: Passive, Actions, Reactions.Passives used to be called Ongoing.
Note on monsters using skill die of d6 in the very rare situations where you might have them roll a skill.
More advice on making monsters.District Changes
Wording for NPCs, factions, and rumors has been clarified.More interesting or enticing rumors have been set up, creating a more unified feel for all of the elements of the district.General Overall Changes
Clearer examples provided in text.
Cleaned up presentation of the ideas in the GM section.Reference Page updated to reflect changes in document.Character sheets updated to reflect changes.

Dust. A desert in the middle of a city; The City to be exact. The sounds of forges echo off the mountains, punctuated by the blast of a six-shooter. Slingers are judge, jury, and executioner. This place is so damned, even our monsters are cursed.So read my words, and read 'em well, Slayer. Because all that monster hunting you did back in The City ain't gonna mean spit out here if you end up with a bullet in the back of your head.Welcome to Dust. 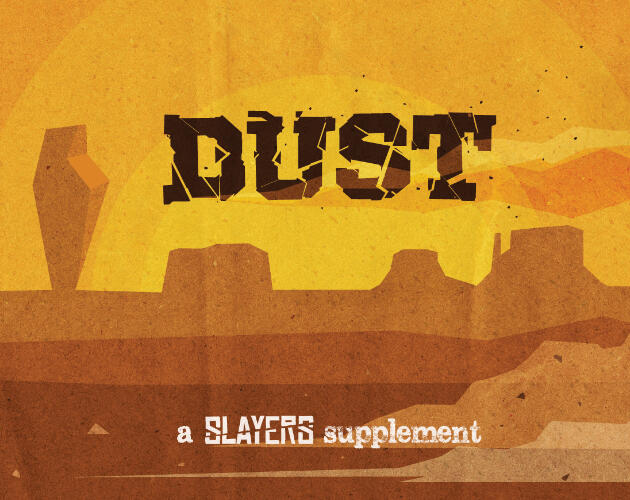 Dust is a supplemental zine for Slayers. It's a deep dive into one of the districts of The City, and a goldmine of information and resources for playing in Dust.Inside you'll find the home of the Gunslingers. While many Slingers make their way to The City to take up slaying, some stay in the Dust. As the birth place of the Slingers, it's also where the fabled revolvers are made, forged by fanatics who worship the firearm like a god, with gunpowder and lead as their communion.It's a district that toes the line between order and chaos. The Slingers keep the peace, but each of them has their own interpretation of that word. The monsters are cursed, making them crueler and harder to kill than many you'll find back in The City. 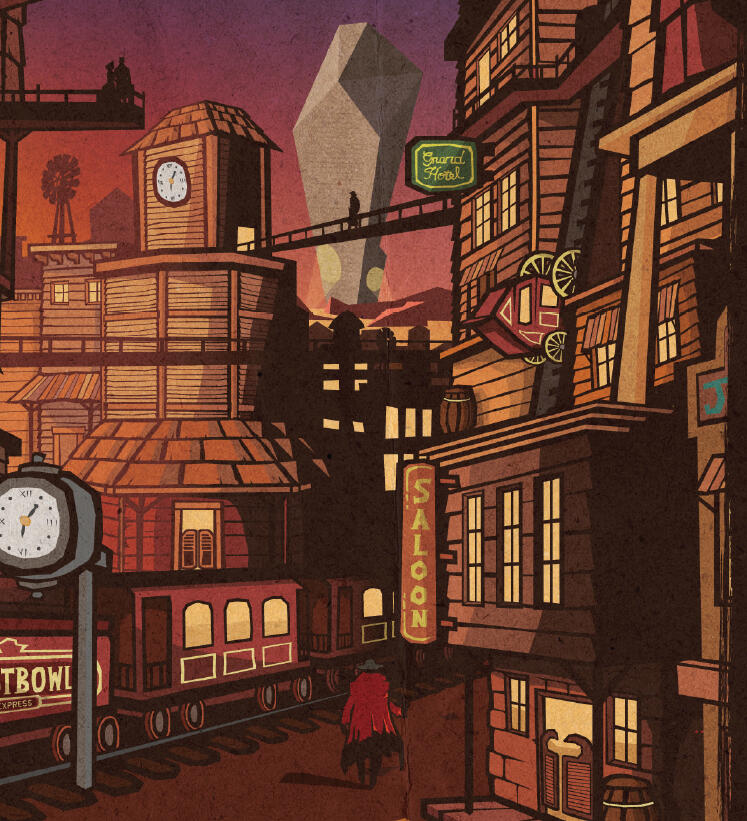 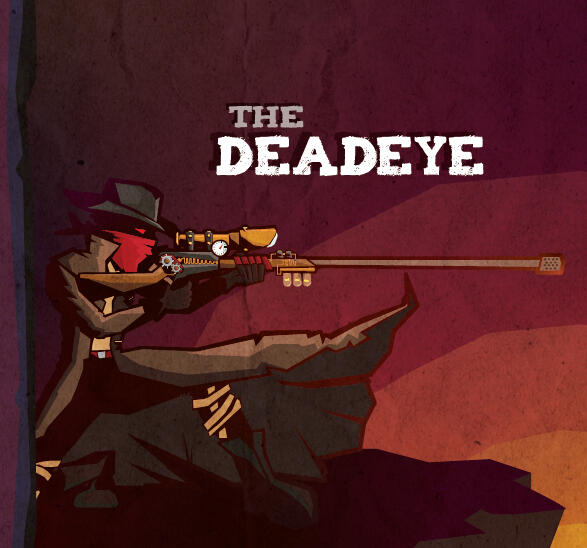 Deadeyes have been given the rifle made by the forgefolk. Whirring with cogs and gears, it fires faster and more deadly than any flintlock rifle back in The City. Deadeyes have had one eye surgically removed, replaced with an arcane implement that allows them to analyze and kill their target with ruthless efficiency.This new class adds to your asymmetrical experience with Slayers. An alternative version of the classic "usage die" seen in other RPGs, the Deadeye class is about analyzing their foe, taking aim, and making their shot count. 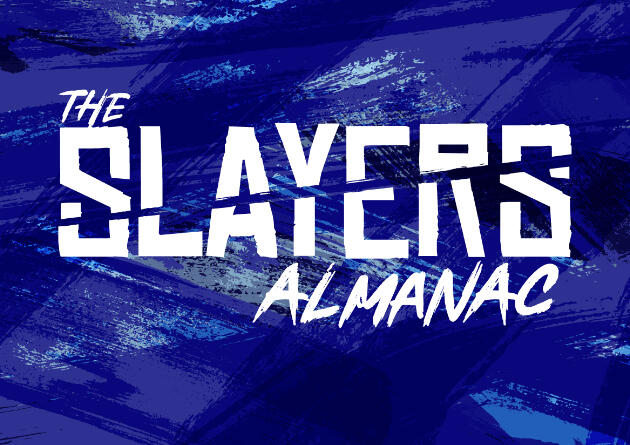 Cursed to spread forever towards the horizon. Filled to the brim with monsters. This is The City, home of the Slayers.

The Slayers Almanac is a setting supplement for Slayers. Filled with districts for you to travel through, maps to wander across, and rumors leading to your next big hunt. Inside you'll find 10 new districts of the City, written by a wide cast of incredible writers and designers from the indie RPG scene.Whether this is your first time playing Slayers, or you’re a veteran monster hunter, this book is perfect for your next journey into The City.Each district includes a hexmap for your Slayers to explore; travel guide for the Slayer on the go; factions and important NPCs for the GM to drop into a session; rumors for the Slayers to pursue. 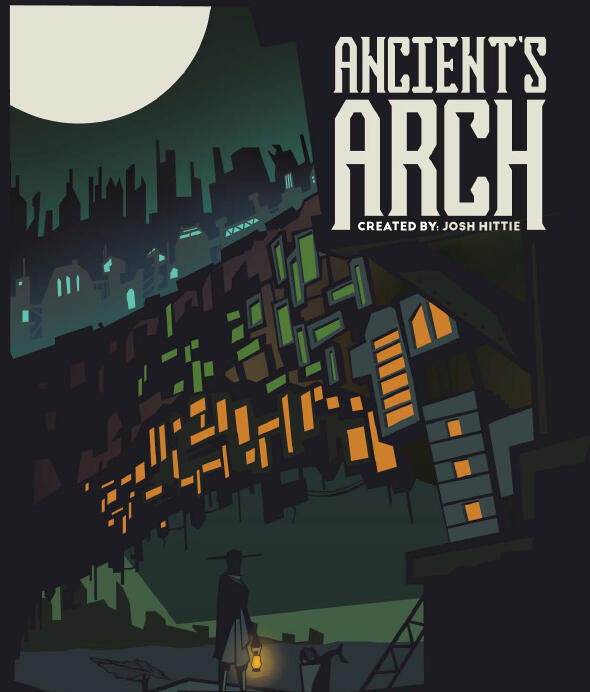 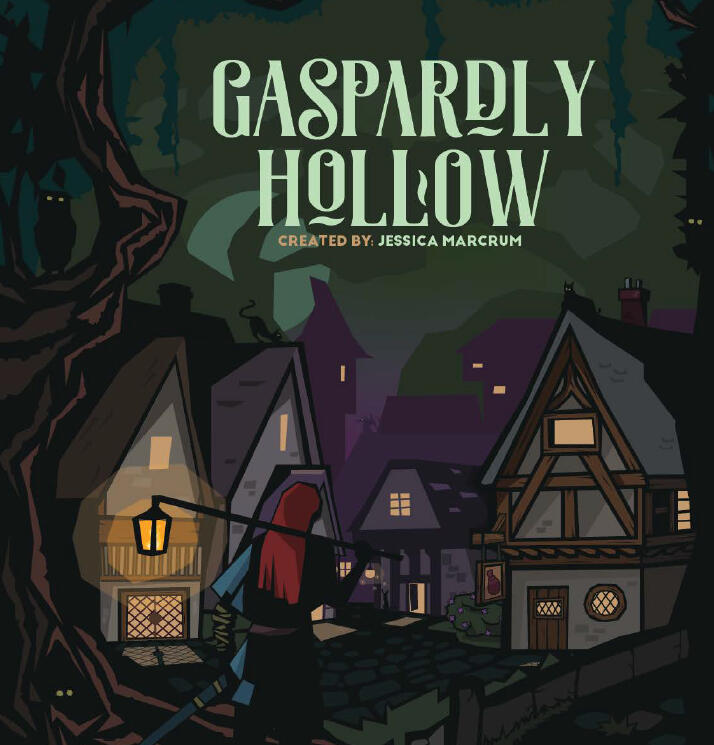